I recently had a discussion with a friend over social media in which he made a joke about the entertainment value of soccer. It’s well-worn territory. People have speculated about why Americans don’t embrace the game for a long time. Despite the vast number of kids who have grown up playing youth soccer over the past forty years, it still seems like an imported sport. 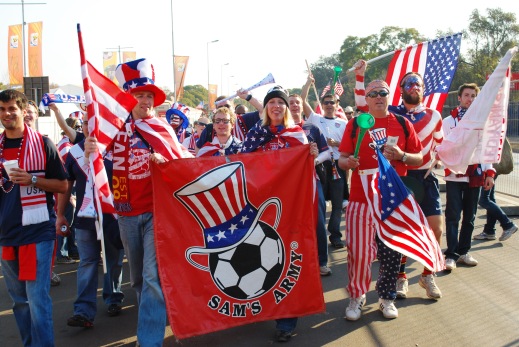 Maybe that’s because when you see kids playing pickup games, they’re usually recent immigrants. If you see American-born kids playing, it’s almost always in matching uniforms on a manicured field with adults running around trying to control things. Even in high school soccer, I recently overheard a coach trying to explain his offense to the team by using basketball terms.

My son blames organized soccer for the futility of the U.S. Men’s team. He believes the dearth of pickup games leads to a lack of creativity when split-second decisions are required, which leads to a predictable offense and rigid defenses that can’t react to unexpected decisions by the opponent.

I played soccer as a youth, but only for two years in junior high school. I competed with my parish school team, even though I attended public school. Our new, young, assistant pastor started the program, and all of the schools we played were several miles away. We practiced in an open field, where our goal consisted of two large trees about twenty feet apart. My parish was located in a lower-middle class neighborhood on the south side of Louisville, and most of the other teams were situated in the more prosperous east end of the city.

I don’t know what compelled Father Ryan to start the team, but he created a lot of opportunities for kids in our parish, especially in sports and music. Maybe he saw it as an evangelization effort. He later left the priesthood, got married and started his own family, working as an advocate for kids in the Jefferson County Court system. One of my fondest memories of him is when he was watching our B-team basketball game, quietly asking the coach when he was going to put the bench players in. (Of course, one of the bench players was me.)

Anyway, my high school didn’t have a soccer team, so my playing career ended in eighth grade. Nobody I grew up with played soccer after that, either. My own kids played youth soccer, and two of them played in high school. So I’ve watched a fair amount, and when NBC began broadcasting English Premier League (EPL) games, I became even more of a fan.

I like watching the incredible moves the player make, the distance and accuracy with which they play the ball, the raw foot speed, and the passion of the fans. The parts I don’t like are the faked fouls (“diving”) and constant carping at officials. (I know, I know. Taking up for referees is kind of my own provincialism.) But most of the parts I don’t like are common in other sports (especially my first love, basketball) and there are other positive aspects to pro soccer that the others don’t have. Like relegation.

In the NBA, there are teams that are just plain bad, year after year. The Los Angeles Clippers have never been to the NBA finals. The Kings haven’t even made the playoffs (a low bar for success in the NBA, to be sure) since 2006. The Milwaukee Bucks haven’t won a playoff series since 2001.

In EPL if you don’t finish in the top 17 of the twenty-team league, you’re banished to the next lower level of soccer. It’s as if you’re the Miami Marlins. MLB comes to you at the end of the season and says, “OK, if you’re not even going to try, your MLB franchise now plays in triple-A. Good luck in the International League.” Then the top three teams in the (lower) Championship League get to come up and try to win in the Premier League. 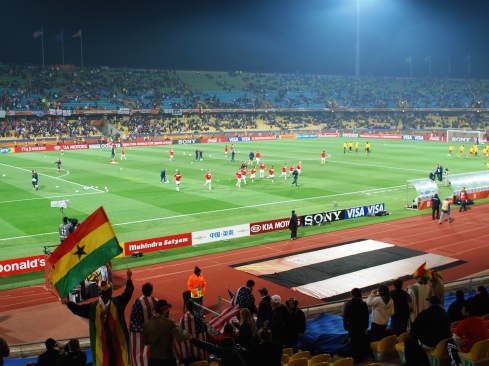 There is also no salary cap in the EPL. For a country that claims to value free enterprise and achievement of personal success, it’s always surprised me that Americans don’t object to salary caps. Nobody limits the amount owners can make; why do we want to see restrictions on player earnings?

Maybe it will take sustained success by the U.S. Men’s Team in World Cup play for America to embrace “the beautiful game”. Or maybe it’s that we have too many other sports entertainment options to pay attention to something we didn’t grow up with. But I like it. Especially the World Cup, which is one of the true World Championships in sports. I’ll watch a lot of games over the next few weeks, enjoying both the goals and the play in between.

Besides, I have a bet on Argentina to win the thing. 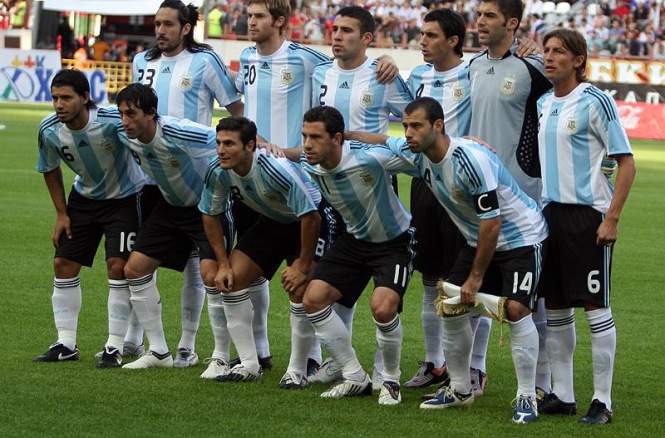